My Life as a Teenage Robot went under my radar when it premiered in 2003, in fact it wasn’t until much later that I even knew it existed thanks to Nickelodeon’s so called retirement home for its cartoons shows NickToons Network. That is due to the fact that unlike other cartoons on Nickelodeon at the time Teenage Robot didn’t really have the popularity of shows like Spongebob Squarepants or Fairly Odd Parents. Which I feel is a little undeserved because it had a unique art style and characters, even if the set up itself was a little cliché. 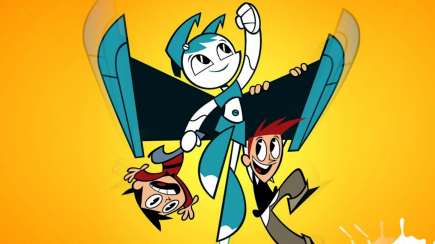 For those who have never seen it My Life as a Teenage Robot the basic premise is this: X-J9, or Jenny as she likes to be called, was created by her “mother”, a scientist named Nora Wakeman to defend the world against evil aliens and mutant monsters that attack the world and almost a daily basis. However being a teenage robot Jenny wants nothing else than to be a “normal” teenage girl. She gets that chance after meeting her neighbors Brad and his younger brother Tuck who befriended Jenny and convince her mother to let her live her dream. From then on the show is all about Jenny trying to live a “normal” teenage life while still defending the Earth from villainous foes. 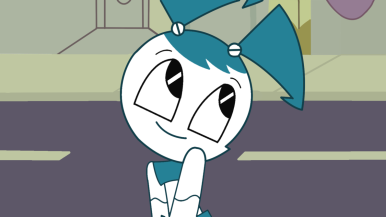 The show was created by Rob Renzetti, who has worked on other cartoons shows like Dexter’s Lab, Powerpuff Girls, Samurai Jack, My Little Pony Friendship is Magic, and Gravity Falls. The show has an amazing voice cast including Janice Kawaye as Jenny, Eartha Kitt as the villainous Vexxus, Quinton Flynn as Sheldon, and Billy West as the Vice Principal as well as various other characters in the show. Teenage Robot was both critically praised and nominated for a bunch of awards including a Prime-time Emmy Award and several Annie Awards. Unfortunately as stated before it just didn’t get the popularity that shows like Spongebob and Fairly Oddparents had and was cancelled before the third season aired which led to it only being shown on NickToons Network. 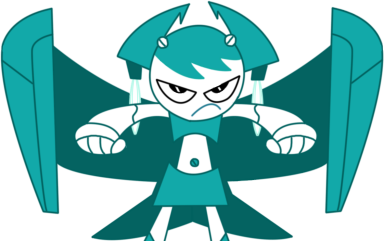 I feel that this is a shame because Teenage Robot has that same feel as shows like Dexter’s Lab or Powerpuff Girls but had its own identity especially in the design department as most of the show took inspiration from the Art Deco designs that were popular in the 30’s. I believe another shortcoming is that fact that people get to hung up on details and can’t just enjoy it. We don’t ask why Bugs Bunny wears gloves and walks and talks or how Dexter can have an enormous Lab under his house that would cost over a billion dollars to create, we just accept it and enjoy it because it’s a cartoon and not real. While it fun to question things sometimes I feel people can just over analyze things which makes things less enjoyable. Overall I feel Teenage Robot is fun and and hilarious even causing me to pause the show to laugh at some of Its jokes. Teenage Robot is also very self aware as it makes fun of it’s own silliness at times. For example there is a scene where Jenny is sunbathing and my first thought was why is she sunbathing she’s a robot if anything her metal body would just get super hot and probably burn everything around her. No sooner did I think this then it actually happened on screen causing me to laugh. Even though Teenage Robot is a comedy It also has cool fight scenes and weapon designs. I would also be remiss in my duties if I didn’t mention the awesome theme song too, definitely one of my top ten favorite cartoon show theme songs. I would highly recommend the show to anyone like myself that loves cartoons shows. Just remember that like most of the classic cartoons this show just requires you to turn off your brain and just enjoy.

New track selected for this month! So does anyone want to kick the Foot Clan to the curb? #NintendoEntertainmentSystem #TeenageMutantNinjaTurtles #Konami #JunFunahashi
Breath of the Wild 2 gets title and release date. Are you excited for the new game?
@ultrasonic9 is continuing the #Atari50 spotlight with a post about #MajorHavoc! #atari50theanniversarycelebration #atari50anos #RetroArcadeGames
@raygunn1981 is back with his thoughts on #ColecoVision, and just in time for its 40th Anniversary! #Colecovision40