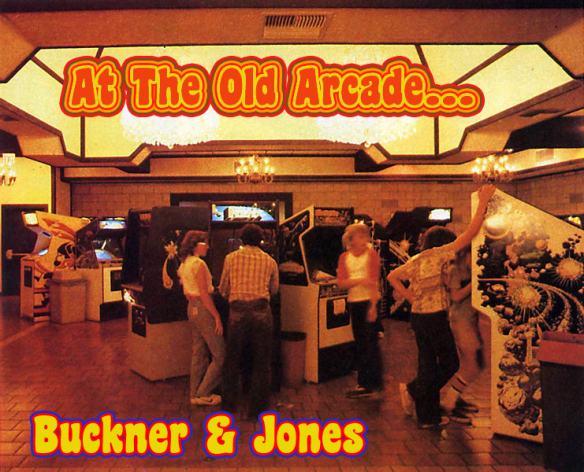 It’s funny how things happen- I just posted Jerry and Gary’s video from American Bandstand in 1982, when I see this on Facebook. I had to share!

From Jerry’s Facebook page- “To mark the 40th anniversary of Pac-Man I have teamed up with my friend Danny Jones to write and record a new song called “At The Old Arcade.” It features Danny on lead and back vocals. He and his partner Mike Stewart worked on the original Pac-Man Fever album and the re-recorded version with Gary and I and have been close friends ever since. With Gary’s passing in 2011 Danny stepped in and sang lead vocals on “Wreck-It Wreck-It Ralph” the theme song we recorded for Disney’s classic movie Wreck It Ralph. The song is about friends and relationships hanging out in the arcades back in the 80’s. It was great time for those who lived through it. Hope you enjoy the song!”

You guys sound great! How about another arcade album- please?

From this old Arcader to another- Thanks for helping keep the arcade lights on, my friend.

Time for a music video!

This one comes to us from 1982- courtesy of American Bandstand! Jerry and Gary never released any music videos back then (at least I don’t think so) but, they did this one show. For those of you that weren’t around back then- American Bandstand was a music show on Saturday afternoons that would have a live audience while the bands performed for them. it was hosted by the legendary Dick Clark. This was just after the release of the Pac-Man Fever album- at the height of the craziness (as you’re about to see!) Let me know if you remember this episode in the comments!

Hey Arcaders! RayGunn Here, Bringing you another arcade video. It’s funny- when you type in video game music videos on YouTube, you never know what you will get! I don’t remember this one on MTV! The song comes from their 1982 album of the same name.

This song is catchy- I wanna to listen to the rest of this album! anyone who knows anything about this band, let me know in the comments below!

You know how big a fan I am of 80’s video game songs- so when I found out there was one I had never heard of- I had to put it up on the site! The Toons had many parody songs on Dr. Demento’ s show including this one! Check it out!!!!

Hi gang! some one just informed me that we haven’t done a post in almost four months. so I thought I’d change that. And lets start by talking about one of the one of the greatest injustices in the golden age of arcades.
Pac Man Fever. Change Attendant. Ode to a Centipede. I Fell in Love at the Video Arcade. All arcade game theme songs. All great in their own right. But one song seems to be always  overlooked. the one that was written ABOUT THE PLAYERS! And that song is “Space Age Whiz Kids” by Joe Walsh. Yes, that’s THE Joe Walsh (James Gang, Eagles, ETC) Check out the roster of video game great ones in this video (and yes that’s a WACKO machine behind Joe!)

This song is from the “You Bought It You Name It” album. So go out and find this album (or cd) you wont be disappointed! This is a great song for your arcade compilation!