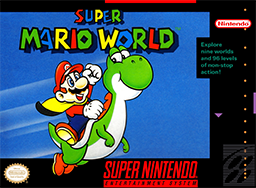 Too much of a good thing.

Those were the words of a video game magazine who had reviewed the game when it came out in the U.S. in 1991.

But those were some pretty bold words though, and rightfully so. After all, given the astronomical success of Super Mario Bros. 3, how could Nintendo possibly raise the bar?

Well, ready your fire-flowers folks, because the bar is about to get raised again. 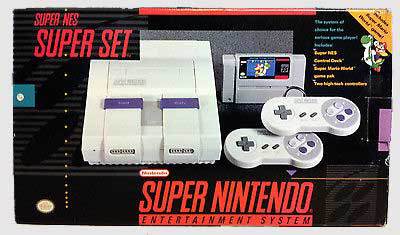 Introduced as a pack-in with the Super-Nintendo Entertainment System, Super Mario World gave us players a 16-bit look at the Mario universe, only this time instead of the Mushroom Kingdom, we get to travel to a whole new world: Dinosaur Island.

Shigeru Miyamoto would once again be involved in the development of the game, but this time Takashi Tezuka would be placed as the director, with Shigefumi Hino serving as the graphics designer. The game would take three years to complete, with a team of sixteen people. But even with this Miyamoto felt – and even to this day still does – that the game was still incomplete and was rushed, believing that had there been more time they could have placed more emotion and story into the game. This is a trait that Miyamoto held to back then, and even now still holds to, which is actually a good thing because as a game developer, you want to make a game great and have the utmost quality possible, because the audience will instinctively know if the quality isn’t there.

Set shortly after the events of Super Mario Bros. 3, Mario, Luigi, and Princess Peach Toadstool decide to take a vacation to a place called Dinosaur Land which is more than well-deserved. After all, having had three colossal adventures to stop King Bowser Koopa and his children the Koopalings, a vacation is just what the doctor ordered. However, as is always the case for our heroes, trouble always tends to find them, for as Princess Toadstool is resting on the beach, she then mysteriously disappears. Mario and his brother Luigi try to find her but with no success.

After a few hours of searching the Mario Bros. come upon a giant egg which suddenly hatches, revealing a young green dinosaur named Yoshi, who then tells them of how evil Koopas have come to the island and imprisoned him and his dinosaur friends in eggs. Realizing that Bowser being on the island and imprisoning the dinosaurs as well as Princess Toadstool’s disappearance couldn’t all be a coincidence, Mario and Luigi decide to help free Yoshi’s friends, as well as stop Bowser and save Peach. To help even the odds Yoshi gives them a feather that causes a cape to appear on their backs, and so the Super Mario Bros. and their new friend Yoshi set off on a new adventure.

Now at a glance you’ll find right away that the game feels familiar, yet at the same token it isn’t, and the reason for that is that now the player sees a much richer world than what he/she saw in previous games. While the look did improve since the original Super Mario Bros., it felt like stepping into a whole new world, which made sense since Mario and Luigi were now in a different place, but it was a place that was even bigger than the other worlds they had been to.

But even with that it still felt like getting back on a bike, for the gameplay from the other titles remained intact – including SMB3’s use of an overworld map – but with a few new twists to it. Now Mario and Luigi could do a spin-jump where they would either take out certain opponents completely, or they would be able to just bounce off of them with no damage taken to the player. This was a move that would come in handy when it came to dealing with certain foes, or even just destroying bricks.

With items, many of the suits from SMB3 did not return, with only the Super-Mushroom and Fire-flower remaining. However, a new item came along in the form of a feather. However, unlike the Super-Leaf, this feather gave the plumbers a cape on their backs which they could use to fly up for a while or just float down. Not only that, but if the player held down the B button while flying up, they can then use the cape to glide indefinitely, so long as they were holding the button and if they knew how to stay aloft, which was done by simply ascending and descending via the cross-pad. Plus if the player wanted to, he/she could have Mario descend all the way to the ground, causing a big earthquake that will decimate enemies on the screen. 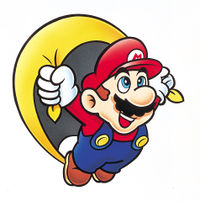 Not only that, but you had a new friend in the form of Yoshi. And what really made him stand out was this green dinosaur had an appetite for enemies, even the ones that would seem unbeatable at a glance. Plus if Yoshi ate a Koopa of a certain color, he could do some pretty cool moves, such as being able to spit fireballs from a red Koopa, wings to fly if he ate a blue Koopa and being able to shake the ground a bit if he ate a yellow Koopa. In addition, if you touched an enemy while on Yoshi, you would keep your abilities as Caped-Mario or Fire-Mario while Yoshi would run away. However, if you managed to get back on Yoshi, the little dino would calm down. Plus to dismount Yoshi all the player had to do was press the spin-jump button.

Besides making the Mario universe look richer and bigger than before, what really made the game stand out was the sense of exploration. While there were few items to collect – and only one box to contain a single power-up – all that paled in comparison to being able to find all the hidden pathways within the game, and there were many. However, the hidden passages were not placed there just for the sake of being there, they were placed in such a way that you could ignore them and complete the stages like normal, but if you wanted to, you could look around just a bit more and find something totally new, and this would come into play with the Yoshis all around the island.

True to Yoshi’s word, there are plenty of other dinosaurs trapped around the island, and it happens to be other Yoshis of varying colors, and not just the green ones. However, to truly find them you had find the pathways to a place called “Star-Road”. Not only that, but they wouldn’t appear as adults right away. Mario and Luigi had to grow them up by feeding them enemies while at the Star-World stages, and if they managed to pull it off, they would have other Yoshi’s to help them out, and not just Green Yoshi. 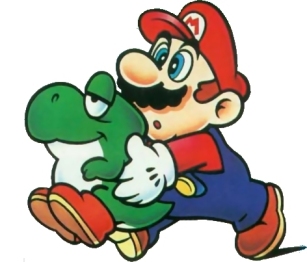 What made these Yoshis different was that they could still do all the things Green Yoshi could do, but when it came to eating Koopas, each Yoshi would do something different based on its own color, and not on the color of the Koopa shell. For example, Red Yoshis would only spit Fireballs regardless of Koopa shell, Yellow Yoshis always shook the ground, and Blue Yoshis always flew.

Going back to Star-Road, things would only get more amazing if you not only managed to find the star-warps to them, but unlock pathways to each of them where they all connected, as well as unlocking another part of the bonus world with even more stages that could permanently alter some sprites, as well as the overworld map’s color scheme.

In all, this game has got everything you want in a Mario game, but with some new features that enhance the gameplay experience. While the player doesn’t have many items to work with as with SMB3, that is more than offset by the level of gameplay and exploration, both of which are needed in order to truly complete the game. But even with that, it’s a game that helped usher in the 16-bit era alongside another character from another company. And the fact that it came as a pack-in with the Super-NES only made it more of an enticing buy, for as is the case with all Nintendo pack-ins, it really showed what the system can do.

The Mario games on the original NES showed us how to play with power, but Super Mario World raised the bar higher and showed us that now it was time to step it up and play with Super-Power! 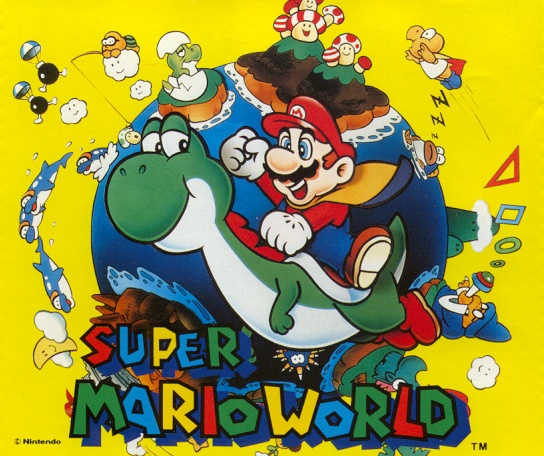