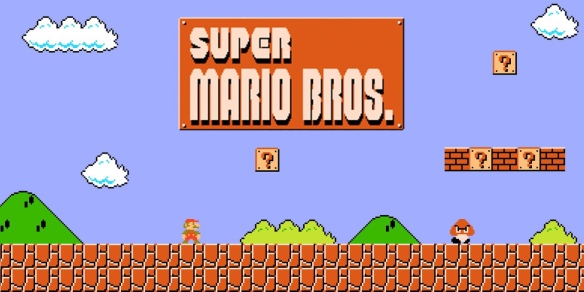 If you know me-

Then you know my love for this show runs deep. I was one of the geeks through and through. Man, did the early 80’s feels GET ME. I remember the utter disappointment when the show was CANCELLED (I’m not bitter…)

I remember the petition to have the show put on DVD (which of course, I signed with childhood glee) and had the opportunity to purchase the limited run Yearbook set- which I play through several times a year!

But- now I find out that there is a Freaks and Geeks…VIDEO GAME? WHAT? and it’s on… YOU TUBE? And- it’s been out for… SIX YEARS? WHAT? Have I been living under a arcade cabinet? I’m gonna have to check this out… OK- it’s a choose your own adventure. That’s cool. But the links don’t seem to be working anymore (or- it’s my stupidity- let me know in the comments section!) But- it’s cool to look at! Check it out!

I should do an episode review of the show…

See ‘ya next decade, Arcaders!

Hey Arcaders! RayGunn Here, Bringing you another arcade video. It’s funny- when you type in video game music videos on YouTube, you never know what you will get! I don’t remember this one on MTV! The song comes from their 1982 album of the same name.

This song is catchy- I wanna to listen to the rest of this album! anyone who knows anything about this band, let me know in the comments below!

Ready to go beyond? Then welcome to the Beyond the Start Button Podcast Each month Danny the Ultra-Sonic Player and Ubernerd527 take a look at Nerd Life through what they are passionate about from TV, Movies, Comics and Manga, Anime, Pokémon, and of course video games. This month is the Inaugural episode of the podcast and in this episode Danny and Ubernerd talk about the podcast and what to expect. Then we kick it off with Press Start where we talk about what we are passionate about this month. Next, we talk about the subject that has been on all our minds for the past few months: Pokémon. We talk about Disney getting the broadcasting rights for the Pokémon anime and we talk about our journey through the Alola Region in Pokémon Sun and Moon. So strap in and get ready to go BEYOND THE START BUTTON!!

Music used for the title was created by: Ross Bugden https://www.youtube.com/channel/UCQKGLOK2FqmVgVwYferltKQ

The Beyond the Start Button Podcast is a Rebellion Production and is part of the Arcade Archives Network. This podcast is indented for entertainment purposes only all sound bites, and clips used are product of their copyright holders. No part of this podcast can be reproduced, reused, or rebroadcasted without written consent or either Rebellion Productions or The Arcade Archives Network.

Starts this October only on The Arcade Archives!!

I love YouTube. It’s like a library of the past- and if you put in the right search words, you can find some amazing things!  Things like Video Game All Stars!

The show Starcade was lightning in a bottle! This show is what revitalized  the children’s game show in the early 1980’s. What made it popular? VIDEO GAMES! Competing in video game challenges on the show, and winning an actual arcade game was what kids wanted ( and still do ). Other Shows tried to capture that same  excitement that Starcade did. We did a piece on The Video Game Challenge about four years ago. that looked like it was headed for syndication lake Starcade did- but sadly, never made it past the pilot (if it did, please let us know- we would like to put more up her at the Archives!)

Cut to today, and I’m looking for some arcade footage to put up on the site, and this little nugget pops up on the screen. And I’m floored.This description is from the YouTube Chanel-

In 1983 and 1984 I produced and directed a local Colorado Springs TV show called “Video Game All Stars,” which aired on KOAA TV, channels 5 and 30, the NBC affiliate. There were only 3 episodes produced. I consulted with my friend, experienced TV professional Larry Frost before getting started, and then hired Wes Rogers to host the first episode. He interviewed players and did a few stand-ups.

Highlights of this show include the early 1980s coin-op video games, the big Eighties fashions, hairstyles and the players’ funny descriptions of how they beat the games.

What fascinates me most about this, is that its a local show- and it looks it! And I mean that in a good way! From the old videotaped look to it, to the interviewers that you can tell DON’T PLAY GAMES… It screams early 1980s more so than even Starcade does. It’s so…rural. It’s like a group of friends got together and said “Let’s make a TV show about something popular, even though we know nothing about the subject!” Very typical back then- remember: there was no internets to cheat with back then! You learned about the subject as you rolled with the interviews! And the kids! They were so into playing games ant telling you about the experience- because it was so new! Some highlights of the episode include-

The future of the arcade (and boy, was this guy wrong!)

But the best part- is… THE COMMERCIALS!

The local arcade footage is nothing short of awesome!

With names like QuarterFlash, and The 5 Center, I wish I had gone to these arcades!

Let me know what you think- Let me know in the comments section below!

Very few things these days can truly be called “original.” We have reboots, sequels, and rebooted sequels and this can be true for many things movies, comic books, and even video games. There is one company that I feel has been trying to do “original” work and that is Nintendo. Now I know every video game system gets its Mario and Zelda game but Nintendo always tries to do something new. This brings us to Nintendo’s new game Splatoon. It hard to really put Splatoon into one video game genre, at its core it’s a third person shooter very much like Star Wars Battlefront or Gears of War but much more family friendly. However it also adds elements of platformers like Mario and puzzles and boss battles like Zelda.  It a very original idea out of a genre that I think is starting to get stale. Now to be truly honest this is my first play through of Splatoon. I have only had a chance to play the single player and only a few levels. So these are just my first impressions but I wanted to just give you Arcaders out there a quick look at the game itself so please look out for more of my adventure on Splatoon coming soon.

What are you Impressions? Let me know below or on Twitter at @talesftgamegrid or on Facebook at facebook.com/talesfromthegamegrid

I really like the subject matter of this video because it does make you think, are we, the Gamers, killing video games? For example are we the reason that Nintendo’s Wii U isn’t doing so good. The answer may suprise you.

(as an a side this video may not be suitable for the little ones. using the movie rating system I would rate it PG-13)