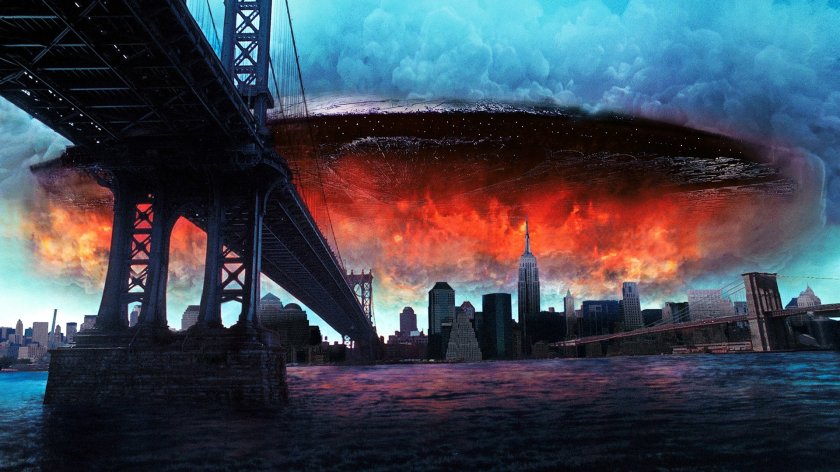 When Independence Day came out in theaters, it was definitely a movie that helped bring back the summer blockbuster, which had been in a bit of slump for a while until the mid/late 90s. Given the science-fiction/action nature of the film – particularly with regards to the dogfight scenes between Earth’s fighter planes and the Alien Attackers – it felt like there was a video game that could be made out of this. Or at least that was the mindset the developers at Radical Entertainment had when they got the call to create a video game tie-in to the film.

Much like the flight simulator games that came out during this time, ID4 puts you in the cockpit of a fighter plane – with Steve Hiller as your wingmate – and you have to complete an objective for the place you are at (destroy Shield generators, protect an AWAC, shoot down X amount of Alien craft) and then once you complete that objective you then have to take out the City Destroyer’s primary weapon to complete the whole mission.

Sounds simple enough, right? Well, there’s the fact that you have to contend with Alien Attackers that will try to shoot you down, to say nothing of everything else the enemy will try to throw at you – gun turrets, smaller transport ships, and other types of attackers besides the one audiences know from the film.

In just about every location you will find yourself confined to flying underneath the Destroyer so you can only go so far. However, the space is large enough to where you can take it all in, while trying not to get shot down, of course. Plus the fact that you can shoot down the Alien Attackers is definitely a plus.

While the fighters you fly can take punishment – unlike the movie – that’s not to say they are invincible, for the life gauge – or shield gauge if you want to call it that – does decrease as as you get hit by enemies weapons or even if you accidentally run into buildings or even get up close and personal with either the City Destroyer or the perimeter shield. Plus the missiles you have will also decrease as you use them, and if you run out you’ll be in quite a pickle because while the cannon you have shoots unlimited tracers, it’s not going to inflict as much damage as missiles will.

But of course, what kind of shooter is complete without power-ups? And this game has plenty. From to missile power-ups to Health power-ups to repair your fighter jet, even one that not only repairs your fighter’s life gauge to the max, but gives you an energy shield of your very own, you’re pretty much set. But’s only the tip of the iceberg, because there’s plenty of other power-ups to discover, from finding other fighter planes to unlock, along with other types of power ups that can range from freezing aliens for a short time, as well as weapons that can either blind alien craft from seeing where they’re going to sending them out of control, and even unlocking portals that can take you to different places, this game definitely wasn’t lacking in material.

(The Alien attackers definitely got my attention more, given their design aesthetic. I wonder if some of these were done by concept artists from the movie but never made it into the final cut)

In all, this game was a decent one to me. While it was no StarFox 64 epic by any means it isn’t as awful as some say it is, and if nothing else it was a game that tried to be more than just a cash-in.

So if nothing else it is a game that will at least keep you entertained for a while.

So what did you think of the trailer Arcaders? #MarvelStudios #BlackPantherWakandaForever
Let Konamitober begin with a theme from TMNT: Turtles In Time! #VideoGameBoomBox #Konamitober #TeenageMutantNinjaTurtles #TurtlesInTime #PizzaPower
New track selected for this month! So does anyone want to kick the Foot Clan to the curb? #NintendoEntertainmentSystem #TeenageMutantNinjaTurtles #Konami #JunFunahashi
Breath of the Wild 2 gets title and release date. Are you excited for the new game?