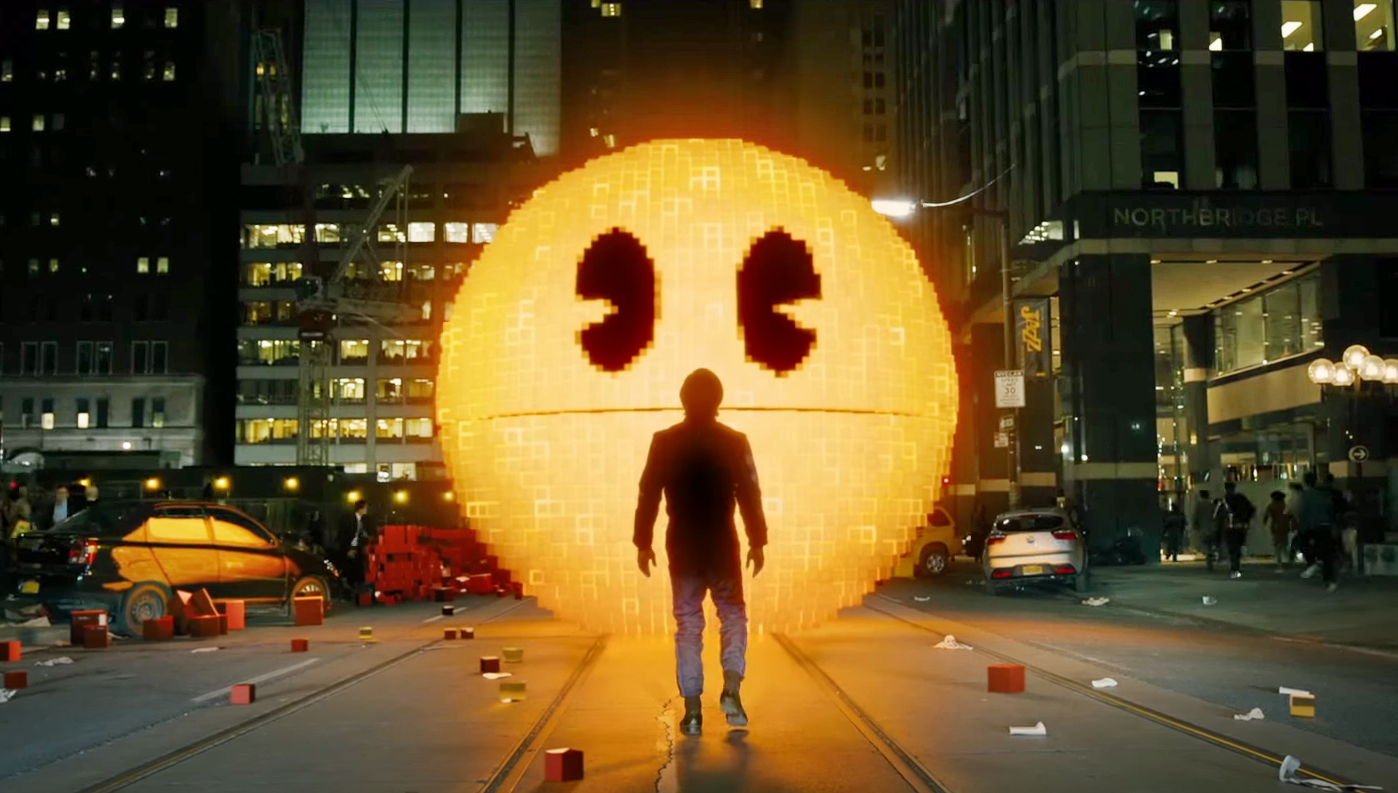 Though I don’t hate Pixels as most people on the internet do, I not a huge fan of it either. One of my favorite parts of the movie is near the middle of the film where the invading aliens take the form of Pac-Man and start destroying the city. It’s up to our heroes to become the ghost and stop him. The best part of it though is one of the people who join the main cast is the real-life creator of Pac-Man Toru Iwatani. He wants to stop Pac-Man and tries to appeal to Pac-Man as a Father. I won’t spoil what happens even though it is in the trailers but I feel it’s one of the funniest parts of the movie. Bonus fact: Iwatani also appears earlier in the movie working as an arcade tech working on a Pac-Man Arcade.

Tron is one of my favorite video game movies. I believe this movie is so underrated due to the subject being ahead of its time. As for Pac-Man, his cameo is more of a blink and you’ll miss it one. The picture above shows Stark, the movie’s antagonist looking at a map of The Grid. Taking a close look and you’ll see our little yellow friend. Furthermore you can also hear the Pac-Man noises hidden in the soundtrack. This is one of the greatest video game movies and to have Pac-Man make a cameo just two years after his premiere is just a testament to Pac-Man’s impact on pop culture.

One of my favorite shows on Cartoon Network is Foster’s Home for Imaginary Friends. For those who have never heard of it the basic premise of the show is Mac has an imaginary friend name Bloo and his mother asks to get rid of him so Mac can grow up. Bloo looks like a blue ghost from Pac-man so of course in the first episode “House of Bloo’s” they have to make a joke about it. Chased through a junkyard maze by an Extremeasaur Bloo tries to escape. What really sells this is the classic Pac-Man music and sound effects playing makes it a perfect joke.

This one is very nostalgic for me and I almost didn’t remember it if not for the research I did for this article. Square One Television was a show on PBS that made to teach children about math in the same way Sesame Street taught younger kids letters and numbers. Gearing the show to older kids they made segments that would get their attention. Of course, their target audience likes video games and especially Pac-Man so it was a no brainer to add a small segment in the show. Called Mathman this segment would have Mathman try to answer a math problem that was usually given by his nemesis Mr. Glitch. If he ate the right answer he would win the game if not he would lose the game. It was really fun and if it helped me learn a little more about math then its a win-win. 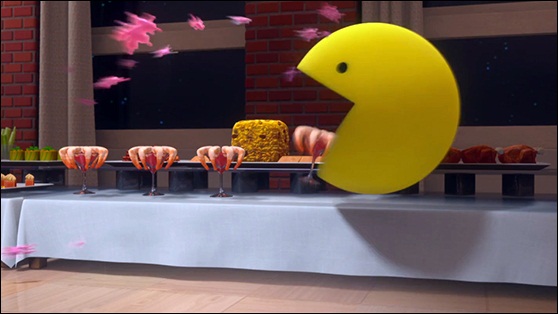 Wreck-it-Ralph is a movie that is a great love letter to video games and their fans and more importantly has a great story. The movie mostly takes place in an arcade and each arcade connects through Game Central Station. During the night the game characters wander around the different worlds to meet or just have fun. Of course one of those worlds is Pac-man. Pac-Man and a bunch of elements of his world are predominantly featured though out the film. Some of my favorite Pac-Man references include one of the first scenes featuring Clyde, one of the ghosts from Pac-Man leading a Bad-Anon villains support group, Ralph eating a cherry from Pac-Man, and even the Yellow chomper himself showing up at Fix-it-Felix’s anniversary party.

These are all of my favorite Pac-Man references and cameos but what about you? Comment below and let us know if you have any favorites.

🚨NEW ARTICLE🚨
Hey Arcaders! @raygunn1981 was looking down on a shelf in the Archives this morning- and he found that box that showed up last month- now it’s glowing…guess it’s time to open it. Look forward to that in the next couple of weeks. Site link in bio!
@ultrasonic9 is back with his memories of the #TurboGrafx16! 😀
🚨NEW ARTICLE🚨