Review by Joshua Jordan
NOW-stalgia on Disney+ is all about reviewing modern animated shows that you can find on the Disney+ streaming service. 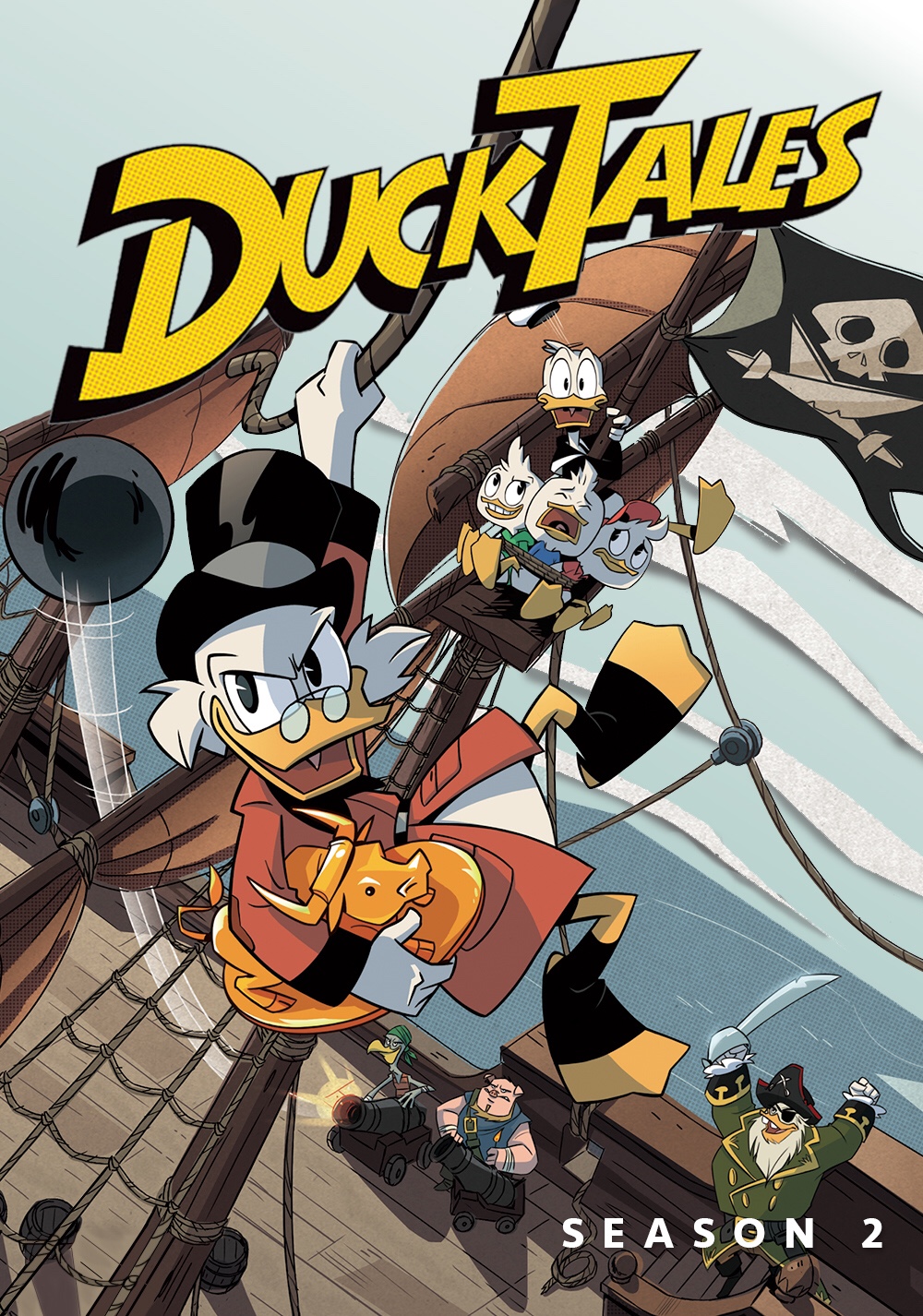 Scrooge McDuck is the richest Duck in the world and a world famous treasure hunter. Along with some of his family Donald, Huey, Dewey, Louie, his maid Mrs. Beakley and her niece Webby, there is no treasure too hard to find or an ancient city too hidden to find.

I grew up with the original DuckTales and I was amazed how great season one of the reboot was. Season two continues this trend with great episodes and a great season story arc that comes to a satisfying end. I love both the legacy characters brought back with a slight twist and the new characters they introduce. Everything about this show is so much better than it should be. You can tell the writers have a love for the original while putting a new spin and update to the rebooted cannon. I can’t wait till next season where according to reports is going to add a plethora of characters from the original Disney Afternoon characters like Chip and Dale Rescue Rangers and Goofy from Goof Troop. Let’s hope that the great story telling continues with all of these new characters.

Review grade for season two: A+

Star Butterfly is a Princess from another dimension known as the Kingdom of Mewni. After turning 14 she is given the royal magic wand which she immediately shows She is not entirely ready to use responsibility. So her parents do the only sensible thing and dump her on Earth to learn how to use her powers. There she meets Marco, a guy who likes to keep his life clear of any danger, orderly, and without too much excitement. Once Star comes into his life though everything is turned upside down. Through their adventures they encounter different dimensions, different foes to fight, and uncover the dark past of the Butterfly royal line.

At first glance this show is weird and trippy similar to Cartoon Network’s Adventure Time. It even has a similar progression as the show goes on the world gets bigger as you uncover more secrets. More than anything however Star is a love letter to what is known as the Magical Girl sub-genre of anime that include shows like Sailor Moon or Cardcaptor Sakura. You can definitely see the influence all over the show’s design and even story structure. I feel that Star’s biggest strength is in its main cast. They really make you feel for every character and give a lot of them interesting character arcs. My only problem with the show is near the end where it seemed to have stretched the story out too far and I lost some of my interest till the very end. Finally, I am aware that a lot of fans were not pleased with the series’ end but in my opinion (without spoiling it) I feel it was both wacky and heartfelt. To summarize Star vs The Forces of Evil is a wacky and interesting series with interesting characters and story arcs that can delight a lot of people but not please everyone and is perfect for binging.

Review grade for the entire series: B

So what did you think of the She-Hulk trailer? #MarvelStudios #SheHulkAttorneyAtLaw #TatianaMaslany
It is amazing how many anniversaries we have had just in the past week alone. From the birthdays of Sam Raimi’s Spider-Man 1 and 3, and the first Iron Man film, it is definitely a great time to be a Marvel fan!
Well, that was definitely a trailer to behold! What do you think Arcaders? #obiwankenobi #DisneyPlus #DarthVader #EwanMcGregor #HaydenChristensen
And so we have arrived at the final track for this Boom Box special, and it’s a remastered version of the classic track that started it all! Thanks @ultrasonic9! #VideoGameBoomBox #SonicTheHedgehog #WayPastCoolMix #SonicMania #GreenHillZone #TeeLopes