With movie prequel tie-ins they usually aren’t that essential to the story the movie is going to tell. However, there have been exceptions in recent times, none more so than Star Wars, which has always had the distinction of being one of the exceptions. And with the book “Before the Awakening”, fans can get a chance to read a story that fills in some blanks before the events of “The Force Awakens.” And unlike the original Expanded Universe, this story – as well as a few other ones – is in the same canon as the films, which is great because it entices fans to get them so as to find out more. With “Before the Awakening”, you get a chance to know the three main characters Finn, Rey and Poe a lot more, as well as see that there’s more to them than what you originally thought. 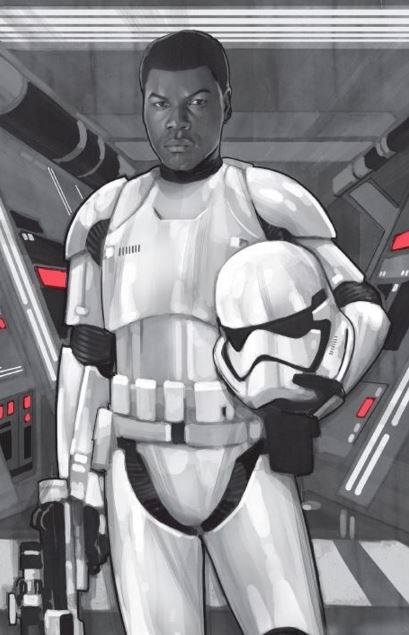 For example, you find that Finn (or FN-2187 as he is initially called at this point) is a highly trained and well-accomplished Imperial Stormtrooper. However, despite his accomplishments he’s already beginning to feel a sense of not fitting in, especially since he tends to look out for all his teammates, particularly one who always tends to fall behind of everyone else, which is something his superiors notice. As such FN-2187 begins to wonder if he can really do what it is he needs to do when it’s time for he and his squad to be deployed. 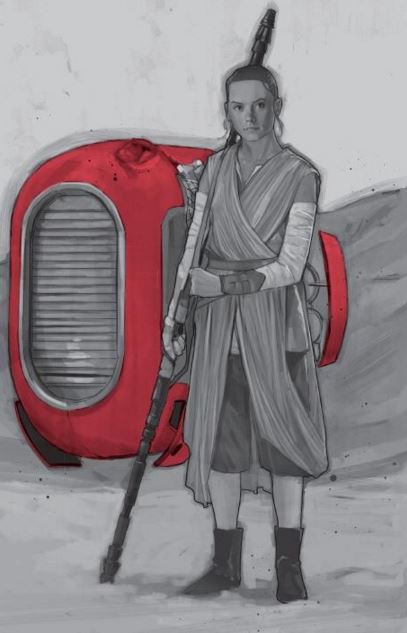 With Rey you can see that she is a girl trying to irk out a living as a scavenger on Jakku, but the going is anything but easy. However, in spite of that Rey is able to take care of herself and hold her own when push comes to shove. Plus on a fun note, you do get to see how she ends up getting her hands on some distinct eyewear.

With Poe you learn very quickly that along with being a hotshot pilot, the guy also has a sense that things aren’t all as peaceful as the rest of the New Republic believes, and the First Order is gearing up for something big; something that will ultimately topple the Republic and resurrect the Empire, which is something he does not want to see. Although he is dismissed by most of his own superiors, Poe does find a believer in Leia who also senses the same thing and as such has taken it upon herself to organize a Resistance to stop the First Order from succeeding, and enlists the pilot to help her.

In all, it is a very entertaining story and it truly sets the stage for the events of “The Force Awakens”, for in true Star Wars fashion, you see where our three main heroes came from somewhat and how that will lead to them meeting their respective destines. Now, while you don’t have to read this story in order to enjoy “The Force Awakens”, it does help if you want to know a bit more about these characters. Granted, it isn’t everything, since more details about the characters will be revealed in future films, but if you want to start putting together the few pieces to the puzzle, this book is definitely a recommendation.

So what did you think of the trailer Arcaders? #MarvelStudios #BlackPantherWakandaForever
Let Konamitober begin with a theme from TMNT: Turtles In Time! #VideoGameBoomBox #Konamitober #TeenageMutantNinjaTurtles #TurtlesInTime #PizzaPower
New track selected for this month! So does anyone want to kick the Foot Clan to the curb? #NintendoEntertainmentSystem #TeenageMutantNinjaTurtles #Konami #JunFunahashi
Breath of the Wild 2 gets title and release date. Are you excited for the new game?