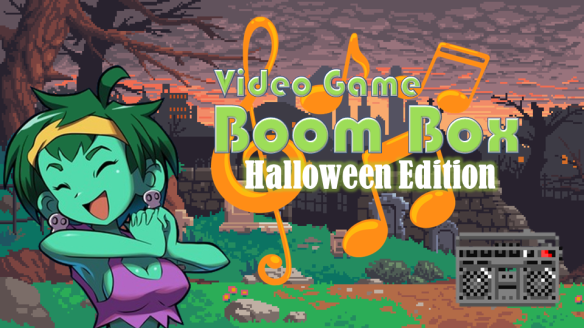 “Music has been an important part of video games since the beginning. From classic video games like Pong and Tetris to newer games like Kingdom Hearts and Final Fantasy music can make or break a video game just as much as gameplay. So in some ways music really makes the game. Think of playing Super Mario Bros. without the theme song playing would it not be the same? Of course it isn’t! The real question is can video game music inspire others to make music? For us here at the Arcade Archive the answer is a whole-hearted, yes! That is why we created this series of articles which will highlight some songs that are inspired by the video games we play.

That was the original statement of Video Game Boom Box and it still holds true today. The new Video Game Boom Box is going be a little different than previous articles. Now we will share a video of the music and give some brief thoughts on the featured song or we may just put up the video of the music just for you to enjoy. Please feel free to send comment on the bottom of each post and let us know what your thoughts are of the music. You could also request a song yourself by emailing us at thearcadearchives@gmail.com  or tweet at us @arcadeanetwork

This Halloween we are proud to present to you music that will get you in a spooky mood. These songs will be coming from non-horror games (because that would be way too easy). So sit back and make sure that the lights are on…you’ve been warned!

Rave in the Graveyard – Shantae and the Pirate’s Curse:

Starting off our playlist of awesome video game music with a haunting theme, I picked a no brainer. This song is called Rave in the Graveyard which is a theme from Shantae and the Pirates Curse, one of my new favorite games. This theme is what greets you when you go to the Zombie Island in the game. This island by the way is where you can find Rottytops the zombie girl that’s in our logo for Halloween. This theme is one of my favorites from the Shantae and the Pirate’s Curse soundtrack, which I highly recommend to anyone who loves video game soundtracks. What I love about the music is kind of a mix of traditional creepy/scary music and music that makes you want to get up and dance.