Just like every month if you haven’t gotten your box of awesomeness yet there will be spoilers ahead. 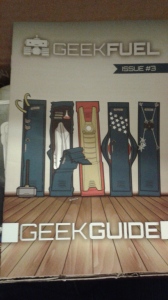 As always I try to start with a photo that isn’t really going to spoil much for you. This months theme is a Heroes theme. Which is awesome, because it gives you a bit of a broad range they can work with. The box isn’t locked into a theme that doesn’t offer a lot of wiggle room. 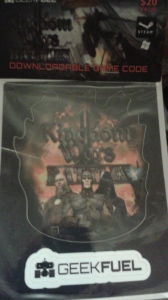 As with most months GeekFuel offers its subscribers a digital item. This month its the full Kingdom Wars game for download. Since the box just came in yesterday I haven’t gotten to play it but I look forward to downloading it. This is one of the things I love about GeekFuel is I get to try out a bunch of new games or I get free special addition booster packs for what I’m already playing. 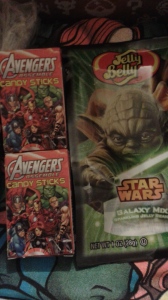 I don’t know about the rest of you but I love getting some candy in my box. I don’t look at it as anything but extra filler. To me it’s not really a main part of the box but this month I got Jelly Belly’s and Candy Sticks!! Yummmmm!!! 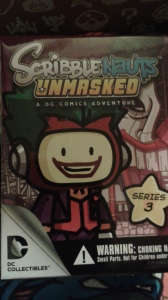 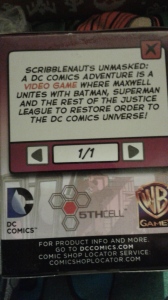 I was excited over this because I had never seen these before. From what I could learn on the Scribblenauts website, this game is available for PC, WII U, and Nintendo 3DS. There also seems to be books as well. This is about a kid named Maxwell who is trying to restore justice. These figures don’t appear to be anything more then figures based on the game. They aren’t like the Skylander figures. 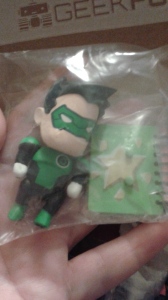 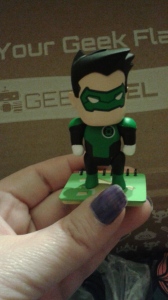 I got Hal Jordan or the Green Lantern. Which I must confess isn’t one of my favorite DC characters but at least it’s not Superman! He is very cute though and I think he is a good addition to my book shelves. 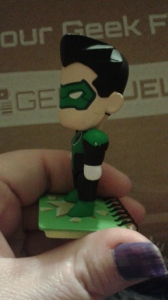 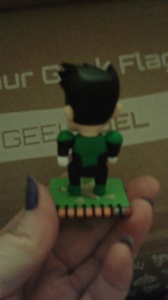 As you can see he looks good from every angle. The green on his outfit is also a vibrant green so he stands out he isn’t washed out looking. As you can see he isn’t very big either he is about an inch and a half tall. So these are defiantly something you could have on your desk at work that wont be a huge stand out piece. 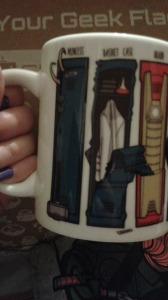 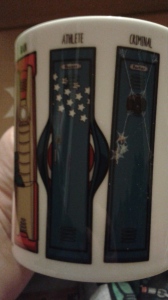 Our younger readers might not get this mug but for all the children of the 80’s this is an amazing mash up!! 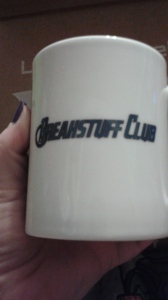 That’s right it’s an Avengers and Breakfast Club mash up mug!! The Breakstuff Club mug is just awesome! I would love to say I drank some coffee out of it this morning but my son saw it and that was the last I saw of it. I would be mad but for him to get it means I get a win in parenting!! The mug it’s self is a nice heavy mug so it’s not one of those cheapy ones. 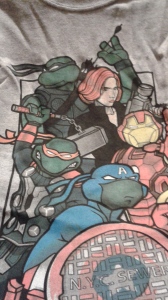 Of course there is a shirt! Ninja Turtles and Avengers mash up? Heck yes!! This shit is great for several reasons the first one being the fact that it’s not black or navy blue!! 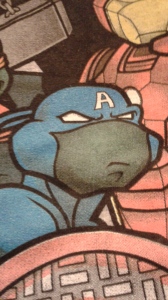 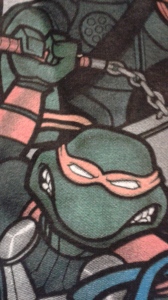 I love the details in this shirt you can tell the designer put some thought into which Turtle should be which Avenger. The coloring on the graphics give it more of the old school comic look which is perfect for this shirt. 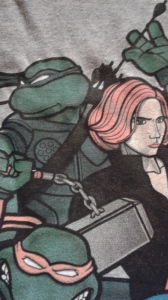 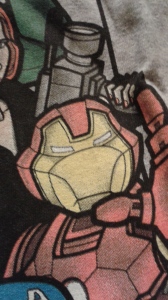 I also like the Black Widow and April O’Neil mash up. It makes me very happy that they included her on the shirt. I’m glad that they are starting to move the girls a little bit more to the for front even though I think they need to so a female super hero movie but I don’t think it should be a Black Widow movie! I think it needs to be Wonder Women or Ms. Marvel!