With the release of Hyrule Warriors upon us, I’d thought I’d share my thoughts on my personal top five favorite Zelda characters. 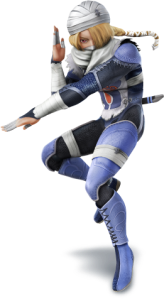 Zelda’s alter-ego and the hylian equivalent of a ninja. As a master of shadow myself, I really appreciate Shiek, in terms of character and design. She may have had one canon appearance in the Zelda series as a whole, but her presence is quite strong. Her way of assisting our green clan hero consists of her teaching him a few teleportation tunes for his ocarina (If you ask me, Bolero of Fire my personal favorite of those tunes). Also notable for being a playable character in Super Smash Bros Melee and Brawl as an alteration to Zelda’s moveset, while in the upcoming Smash Bros 4, she’s her own character with a couple of new attacks. While I’m not the best as Shiek, I’d still play as her. She is quite deadly with her plethora of attacks. 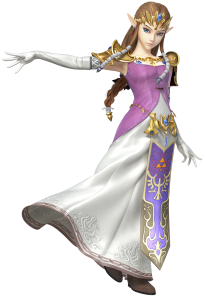 Ahhh Zelda, the princess of legends. From childhood best friend, to damsel in distress, and finally a sidekick in some games, she is the important basis for all Zelda games (barring Link’s Awakening and Majora’s Mask) in the series. She is also the wielder of the Wisdom portion of the Triforce. Having that, she is wise well beyond her years and is worthy of her role as the kind and benevolent ruler of Hyrule. Notably, she will defend her kingdom, no matter what the cost is. If I had to pick my personal favorite incarnation of our fair maiden, I’d say Twilight Princess (I mean, it’s used in Smash Bros twice now). 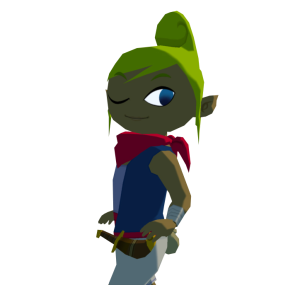 I couldn’t continue this list without bringing in one of my favorite characters, from my most favorite Zelda title in the series, The Wind Waker. I love her to no end, it’s not even funny. She’s the fearless leader of a ragtag group of pirates and doesn’t take crap from anyone. She kind of has that tsundere (Rough exterior, kind on the inside) feel to her. While at first she didn’t really seem to care about bringing Link’s sister, Aryll, into the whole mess of Ganon searching for Princess Zelda among all of the girls of the Great Sea, she does eventually help the elf boy reach his goal.
*SPOILERS* Her true identity, unbeknownst to her, is Princess Zelda. She will always be Tetra to me. She doesn’t like to be called that too for that matter. 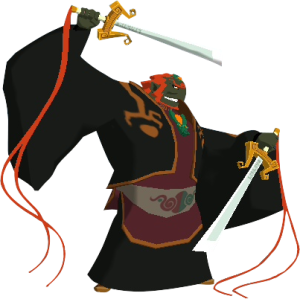 Also known as the monarch of the Gerudos, this baddie has really made a name for himself in the countless games of the series. Ask me who my favorite villain is and I’ll gladly point to this guy. Born as the only male in the Gerudo Valley and wielder of the triforce of power, he was destined to be the ruler of the Gerudos. In the first few Zelda games, he was originally depicted as the mad, spear wielding pig beast known as Ganon. That however, is not how I remember him as. To me he is, and will always be, the humanoid and living embodiment of hatred and arrogance. He’s a mad, power hungry warlock that is only satisfied by the goals he wishes to accomplish. Despite all of this, he’s quite the tactician, only pulling the strings from behind the scenes. In Wind Waker, we learn of Ganondorf’s true ambitions as to why he constantly seeked the Triforce. His land constantly suffers under the harsh blistering winds, with the sun up.  And the lands suffer from a sheer cold, with the moon up. Death, pain, and misery were what Gerudo had to go through countless times. All the while, Hyrule Castle doesn’t go through the same issues. This made him develop such hatred in the first place, and for this reason alone, Wind Waker Ganondorf is my favorite incarnation of the warlock. He feels a lot more believable in the game compared to the other games and he dressed more like a warlock here, and he wields two stinkin’ swords for that matter!!! Shoutouts to Koei Tecmo for really making Ganondorf look so awesome. I mean look at him!! 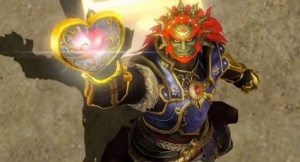 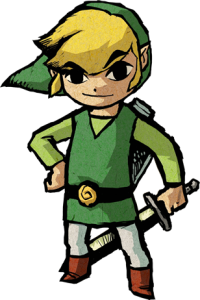 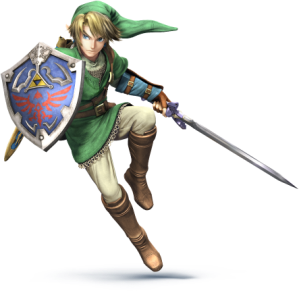 The Hero of Time, the Hero of Winds, or just the Hero. Wherever there is evil afoot, our knight in green, Link, will rise to the occasion. Worthy of owning the Triforce of Courage. Sporting the all too familiar green tunic, he saves Hyrule with the help of the people he meets, the items he obtains from the various dungeons he explores, the experiences of the treachery that is in his wake, his various companions, and his trusty Master Sword and shield. He’s the iconic “link”, linking us from the escape of reality, into a world a wonder and exploration.

For this month here’s a track from a Capcom classic! #VideoGameBoomBox #ArcadeClassics #Capcom #Strider #JunkoTamiya
So what did you think of the She-Hulk trailer? #MarvelStudios #SheHulkAttorneyAtLaw #TatianaMaslany
It is amazing how many anniversaries we have had just in the past week alone. From the birthdays of Sam Raimi’s Spider-Man 1 and 3, and the first Iron Man film, it is definitely a great time to be a Marvel fan!
Well, that was definitely a trailer to behold! What do you think Arcaders? #obiwankenobi #DisneyPlus #DarthVader #EwanMcGregor #HaydenChristensen