Ask any non-gamer and they will tell you who Mario is and what he does. Or ask anyone who Sonic the Hedgehog is and most people will probably answer “isn’t that the blue thing with the red shoes?” But just like any medium there are some characters that only the true hardcore gamers will only be aware of. The following is a list of characters that I believe are totally underutilized and could be on the same level as Mario or Sonic but for some reason or another it hasn’t happened. 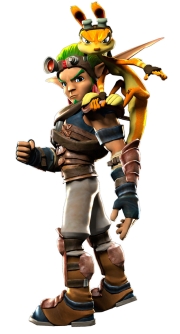 Sony wanted to have a new mascot for their new Playstation 2 since they lost Crash Bandicoot. So they decided to create several games and see what stuck. One of the first was Jak and Daxter created by Naughty Dog, who also created Crash and would go on to create Uncharted. This game alone was reason enough to own a Playstation 2 with a mix of platforming, adventure, and even third person shooter. The trilogy  is one of the best stories in gaming. Starting with the more kid friendly game and then going to a darker story line in the other adventures. There is also three spin-off games one for the PS2 Jak X: Combat Racing and the others for PSP Daxter and Jak and Daxter the Lost Frontier. Jak X: Combat Racing was one of my favorite kart racing games besides Mario Kart. With an unprecedented car customizing system that made the game more challenging. Their character dynamic worked really well for the games with Jak being the straight man and Daxter being the mouth. Jak started off in the first game as the quote cliché mute protagonist but in the games following started talking. Daxter being the comedy relief making wise cracks to you and other characters as well as serving as  a more tolerable Navi (from The Legend of Zelda) type character reminding the player about missions and objectives you needed to do in the game. The sad part is that it seems once Sony got to the Playstation 3 the need for a mascot kind of just disappeared and it’s very unlikely we might see a Jak 4 on the Playstation 3. But i am still hoping that something will come out for the Playstation 4. However you can buy the HD version of the trilogy for the PS3, which I highly suggest. 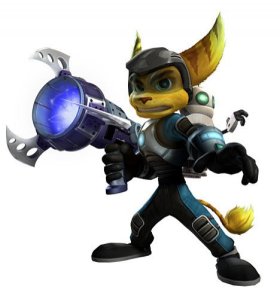 I will admit out of this list these two are not as underrated as the others but still I think Sony could do so much more. Ratchet and Clank were introduced in 2002 for the Playstation 2 and was created by Insomniac games. Again Ratchet and Clank were anther one of Sony’s hopeful mascots which for some reason didn’t stick. Regardless of that fact Insomniac did make five games for just the PS2, two for the PSP and not to mention the PS3’s six games. The game play very similar to Jak and Daxter in which it’s a platforming adventure game with a third person shooter element. However unlike Jak and Daxter the game puts more emphasis on the arsenal of weapons from the wacky like a burping gun to the more devastating multiple rocket launchers. But the best part is with the ability to upgrade and level up your weapons. In my opinion the trilogy, Ratchet and Clank Future for the PS3 is one of the best the system has to offer. With an interesting story and excellent visuals the Future series is defiantly worth the price. However with all these games it seems these characters don’t get a lot of love. But it doesn’t seem like these characters are on the same level as a Mario or a Link like Nintendo has. Which I am hoping will change soon with the announcement of the Ratchet and Clank movie in 2015. 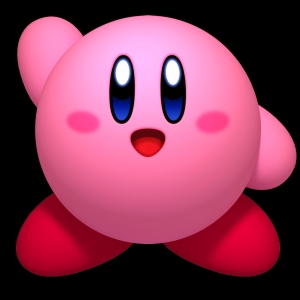 When you think Nintendo what are the first characters that come to mind? Characters like Mario, Link, Donkey Kong, or maybe Luigi. But very few think of Kirby. Kirby was first introduced in 1992 on the original Gameboy. Ever since then the pink wonder has floated into my heart with excellent games from the Gameboy to the Super Nintendo and beyond. He has even got a permanent spot in the Super Smash Bros. line up. So why do I think he is underrated? Because if you look at the amount of games that Kirby has is doesn’t stack up. It seems like Nintendo only makes one Kirby game for each system (with the exception of handhelds). But I think Kirby could have a triple A title that’s not a handheld game. My evidence Kirby: Return to Dreamland for the Wii an excellent game which introduced four player co-op to the series. I guess I kind of biased since I love side scrolling games but you have to admit Kirby games are fun. Let’s see how he does on the 3DS when Triple Deluxe comes out later this year. 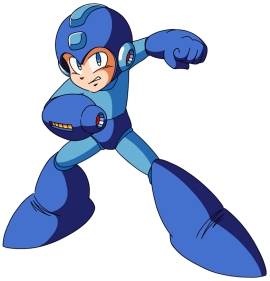 Talk about an underrated characters, if I was giving an order to these characters I would put Mega Man in the top three. Not because of the gamers, because we love Mega Man but because of Capcom the company that owns Mega Man. I really think Capcom underrates the Blue Bomber maybe thinking he is a relic of the past. My evidence is that fact that Capcom canceled every Mega Man game that was in development and has no plans to bring out any new Mega Man games. WHY!?! Mega Man was introduced in 1987 for the NES and revolutionized side scrolling games. Since then he has several games and several very popular spin offs like Mega Man X and Mega Man Zero. Plus, side scrolling games are starting to make a comeback. Games like New Super Mario Bros., Donkey Kong Country Returns, and Heck! Even Rayman has an excellent side scrolling game. So why does Capcom underrate they own character? I don’t know, but I am hoping with his appearance in Super Smash Bros. coming this year that Capcom sees the light. 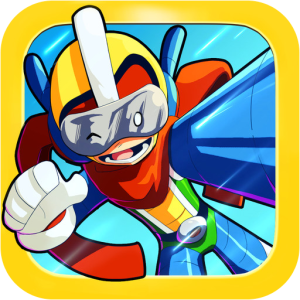 Never heard of Bravoman before don’t worry you are not alone. I didn’t even hear of him until just recently. Bravoman was a Japanese exclusive arcade game that was released by Namco in 1988. It was created as a parody of video games and Tokusatsu. Tokusatsu basically can be described as real life Sci-fi movies or shows that use lots of special effects similar to movies and shows like Godzilla, Masked Rider, or Ultraman. Sort of an “Airplane” of the video game world. Unfortunately the game never made it to the States in arcade form but you can still purchase the game on the Wii’s Shop Channel. So why do I think that Bravoman deserves a spot on this list even though no one has heard of him? Well, check out shiftylook.com this is a web comic site where you can not only read the adventures (or mis-adventures) of Bravoman. You can also watch the adventures in a beautifully done cartoon series. This cartoon series features the amazing voices of Dee Bradley Baker (Perry the Platypus, and The Clone Troopers from Star Wars Clone Wars) and Rob Paulsen (Yakko from Animaniacs and Pinky from Pinky and the Brain), two of my favorite voice actors. But what does this all have to do with video games? Check out the free Bravoman app and play it for yourself. I describe it as a cross between Mega Man and Temple Run. This mix reminds me of a very obscure Genesis game called Vectorman which is another great side-scroller. If they made a video game for the consoles that was along the same lines as Vectorman or the app it would make for a great game.

What about you Arcaders what are your thoughts? What about other characters not on the list? If you have any suggestions please leave a reply with your ideas below! 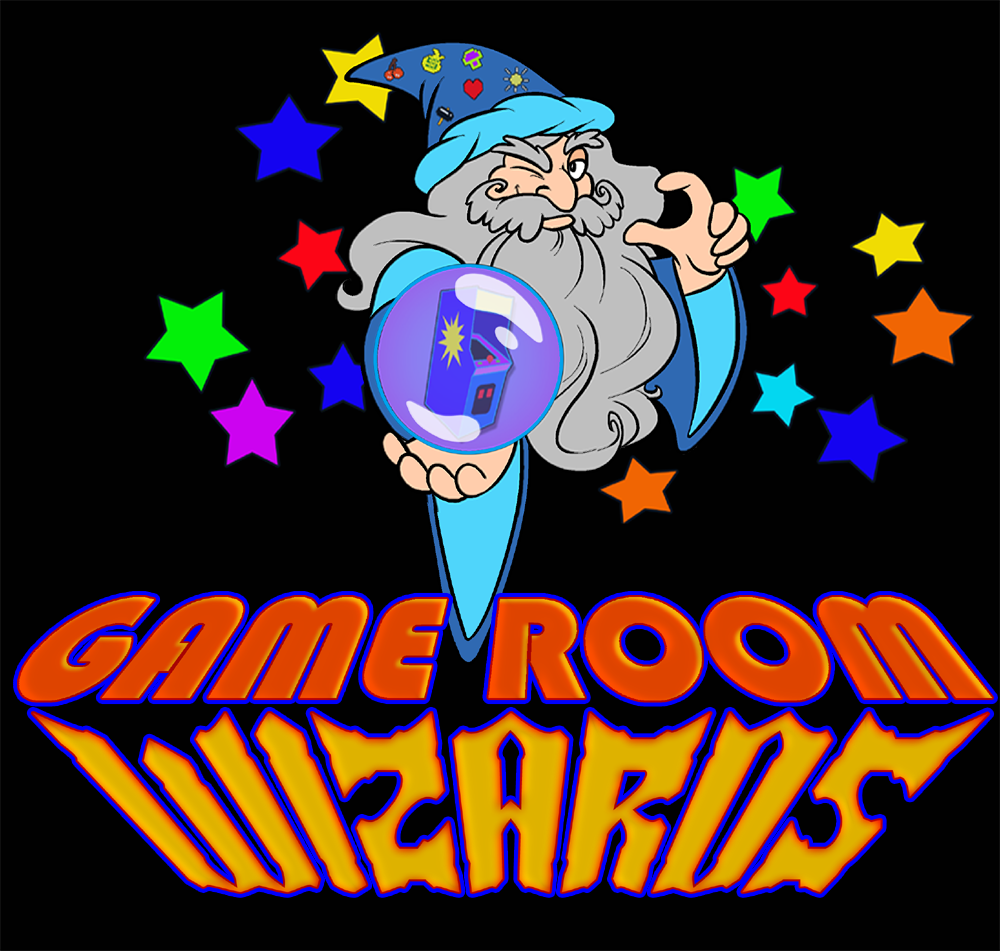