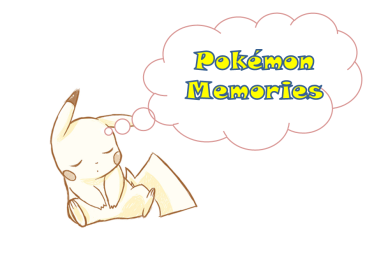 Hey Arcaders, it was in 1998 that Nintendo introduced us to the world of Pokémon. A world filled with imaginative landscapes and not to mention over 151 different kinds of Pokémon. Over the years there has been five different generations of games that have introduced us to even more Pokémon. But, now there is a new generation Pokémon X and Y that comes out today. In honor of this my fellow authors and I wanted to share our personal thoughts on the game and why it is so special to us.

It was on a Christmas morning 15 years ago that I first saw it in my hands and I think I stared at it for what seemed like an eternity. It wasn’t long after that I ripped the plastic wrap off the box and slowly took the new game out (only pausing for a second to smell the new game smell). My hand were trembling as I got my Gameboy (the original fat one) out and slowly put the new cartridge in and heard the awesome sound as the Nintendo logo falling down. I took my usual seat at the end of the couch were there was a lamp and perfect lighting to see the small green and black screen in front of me. The game started, I pressed start, and clicked new game. Then an elderly man came on the screen and started talking about a strange breed of animal called “Pokémon.” So as they say the rest is history I started my Pokémon journey, little did I know it would last as long as it did. That first play was like no game that I had played before. Till that time I had never

even heard of a RPG before. But with every incarnation I kept playing and with every game I started to love it more and more (except for most of the Pokémon in Black and White but that’s another article). This game was the first to make me feel like I was the hero of the game. This was not just some game that gave you the characters but creatures that you worked hard to catch and train to be powerful. It gave you the greatest feeling we that team that had been with you throughout the game finally beat the Elite Four (think of them as the last four bosses of the game). But the game didn’t end there as you captured more Pokémon and brought them to the Elite Four and got them to higher levels. This article can’t forget trading and battling friends and family with the long trading cord. As Pokémon X and Y comes out it amazes me how this game continues to make enthusiastic to see the new Pokémon and wonder how it would be to train them. This leaves me with a great feeling and pushes me to try new types of Pokémon and so forth. This

constant change makes me picture myself as an 80 year old man with whatever new handheld system training the newest Pokémon with my Grandson. Showing him some of the Pokémon I trained when I was his age. How many video games can claim that?

Pokémon!! Gotta catch ’em all!!! I love Pokémon! Out of any game series, I can honestly say that Pokémon is my top favorite. My Pokémon experience started with one of the original two that was released in America, and boy was I glad it did. Due to it being so long ago, I can only give estimates, but with it being released in ’98 I can only assume I was 8 or 9 when I asked my parents for Pokémon Blue Version for Christmas. I knew about the card game, knew it was popular, I didn’t know what I was doing, but I knew I HAD TO HAVE IT!!! My naivety caused me so much frustration because I was so stuck on using the top of my party, Squirtle. Since I didn’t know what I was doing, I didn’t know about type differences, stat changes, nothing. I just knew that I was kicking butt with my Squrtle, which eventually evolved to a Blastoise. It wasn’t until months later when I was introduced to the cheat of all cheats which caused my personal game to change. One word, which everyone knows: Missingno. One of my mom’s brothers decided they wanted to play my Blue Version and it confused me when I saw the only thing that he was doing was surfing up and down the edge of Cinnabar Island. When I first saw that glitch, I didn’t know what to think. He also caught it, which confused me more, and leveled it up. When I saw that thing turn into a Kangaskhan, my mind was blown… Out of my first experiences with Pokémon, those are the ones I remember the most. Year passed and more Pokémon games were released. My collection includes Blue, Yellow, Silver, Crystal, Sapphire, Emerald, Fire Red, Pearl, Platinum, Heart Gold, Black and finally Black 2. I can say I have a problem, but I don’t seem to think so. People may think it’s childish when you tell them you play Pokémon, but think about other childish actions that anyone has done in this world so far. So don’t be afraid to tell anyone you play… I sure am not. Heck, I tell everyone I’m a Pokémon Master. In fact, my next tattoo will be stating that fact. And with the release of the new Pokémon X and Y version, I will prove how much of a Master I am! ^_^

“I wanna be the very best like no one ever was…”

With those two taglines alone, the world was introduced to the phenomenon that was Pokémon, and things would never be the same for both the video game industry and pop culture. Created by Satoshi Sajiri, Pokémon had become a smash hit for the Game Boy and would spawn yet another multibillion dollar franchise for Nintendo, which was quite a boon for them during the twilight years of the N64 era and for most of the GameCube era.*For me, my introduction to Pokémon was not really the games (Red and Blue), but the TV show that had appeared on “KidsWB!”  After watching several episodes of what was now known as the Indigo League back in ‘99, I was hooked instantly.  Then shortly after, I saw ads for Pokémon Yellow (the game where Pikachu was your starter, and much like Ash in the TV show, you got Bulbasaur, Charmander and Squirtle later on), which became a no-brainer for me to sell my SEGA Game Gear for a Game Boy color and Pokémon Yellow, and I gotta say, it was the best decision I made, for everything about the game just hooks you in, and because the developers incorporated some parts of the show into the Yellow version, you felt more like Ash than you might have playing Red or Blue.  Not only that, but its game play harkened back to the NES/SuperNES/Genesis days where you had that feeling of, “I think I’ll just go for a few minutes more.”  And even with the newer versions that have followed since, that same game play feel is still there, which is no easy task. And while my Pokémon playing peaked at the Gold/Silver games, I still find myself marveled at all of these games.  And they really are a prime example of how you don’t have to have HD graphics ala Arkham City to make a great game.  And even though the devs have made strides in making the games better, the core of great game play still reigns supreme in all of these titles, and having grown up during the 8-bit/16-bit era, I’m glad that’s still the case.

In all, whether you have played the original ones that came out, or are still playing the new ones now, there is definitely something in all the Pokémon games that just about everyone will enjoy.  And once you start to play them, you will definitely want to “catch ‘em all!”

It’s time to kick the tires and light the fires Arcaders, because @ultrasonic9 is here with his thoughts on #TopGunMaverick! #TomCruise #JenniferConnelly #MilesTeller #HaroldFaltermeyer #MaverickMitchell #PennyBenjamin #Rooster
Lace up your cleats Arcaders, because @ultrasonic9 is here with a track from a GameCube classic! #VideoGameBoomBox #SuperMarioStrikers #GraigRoberston #KyleNordman
Come and gather around Arcaders, for @raygunn1981 has a tale to tell you, and this time about about a game that never had a chance of being a part of the Atari VCS library, but…what if it was? #AtariVCS #Atari2600
So what do you think of the trailer Arcaders? #StarWars #TheBadBatchSeason2